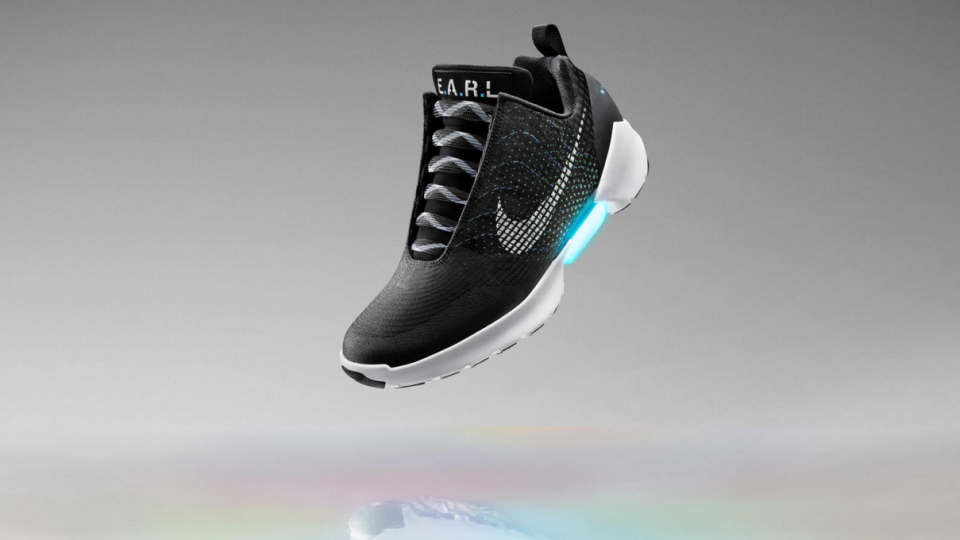 Nike announced this week that it will finally release for retail sale its self-lacing shoe. The concept shoe has been in the works for a while, and as far back as that famous Back to the Future II scene when Michael J. Fox’s character in the movie, Marty McFly, travels to the future with Doc Brown to 2015, and he finds himself in a pair.

The HyperAdapt 1.0 is a slip-on powered by an underfoot-lacing mechanism. The shoe will be available at the end of the year.

The sneaker utilizes digital, electrical and mechanical technology to create an ideal fit and, as Nike emphasizes, eliminate the distraction of tying one’s shoelaces. A sensor in the heel triggers a tightening system, with two buttons on the side of the shoe able to adjust the tension, Sports Illustrated reports.

“Innovation at Nike is not about dreaming of tomorrow. It’s about accelerating toward it,” said designer Tinker Hatfield in a release. “We’re able to anticipate the needs of athletes because we know them better than anybody. Sometimes, we deliver a reality before others have even begun to imagine it.”

In celebration of the upcoming shoe, the Graphiq Team created a timeline of iconic Nike sneakers since the 1960s. Included are Air Jordans, Dunks, the Cortez, and more.