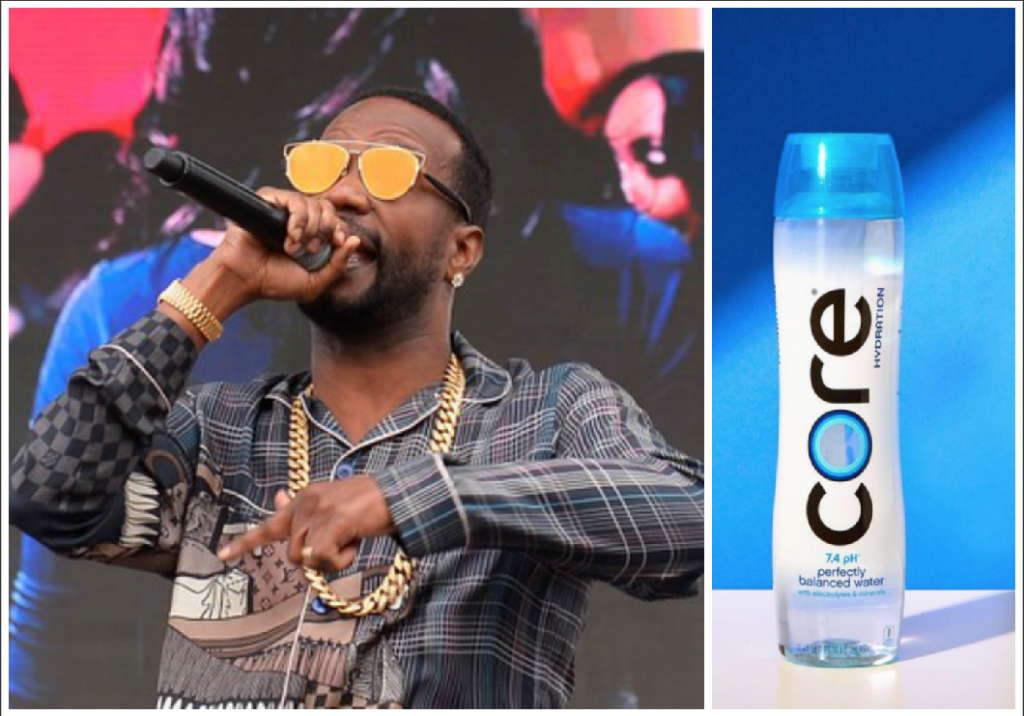 In 2015, rapper Juicy J joined singers Katy Perry, Becky G, DJ Diplo and songwriter and producer Max Martin and others to invest in Core Hydration premium bottled water company and yesterday, the company announced it was acquired by Keurig Dr. Pepper (KDP) in a deal worth $525 million!

Already a 2006 Academy Award winner for his song “It’s Hard Out Here For a Pimp” from the “Hustle and Flow” movie soundtrack with his group Three 6 Mafia, Juicy J can add big time tech investor to his name with this big payday!

According to reports, retail sales were close to $200 million according to the brand. Last year, the company raised close to $40M.

This tops a fantastic year for the producer who has been in talks about an executive position at Columbia records while raking in primo royalties from his music which is currently heavily sampled by the new generation of rappers on the scene.

In a statement, CORE’S founder Lance Collins said, “KDP been an outstanding partner for CORE and I am certain that, under its ownership, CORE will continue to see tremendous long-term success. I am a strong supporter of the KDP strategy and business model and am looking forward to being a shareholder in the company.”

He’s the latest in a series of rappers to see big paydays from investing in startup brands. Rapper 50Cent netted $100M after tax from his 2004 investment in Vitamin Water when Coca-Cola purchased the company for $4.1 Billion in 2007.

Raper Chamillionaire made a killing as an early investor in the ride-sharing mobile app, Lyft in its early stages.

In an interview with Axios, Chamillionaire talked about the two paths that people in his community feel they can only pursue when there’s another route to take in order to make long-term money. “To us, growing up, you got two options: you gonna be a musician or a basketball player…The diversity thing is very important to me,” he said. “I don’t think people understand the value of diversity.”

Juicy took to Instagram to express how excited he was over the news about his investment.