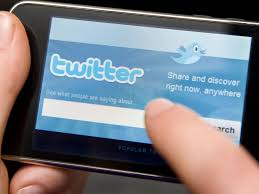 Apple is barely staying one step ahead of the game these days.

One day after Apple’s new iPay service for its latest iPhone launched, French banking group BPCE announced this Tuesday that its new app, S-Money will  let people pay each other via Twitter for Free.

After downloading the app at the Apple or Google Play store, French credit card hoders with a phone number  linked to their card can begin  making payments to other individuals or organizations and companies that have downloaded the service.

It’s all interesting, no?