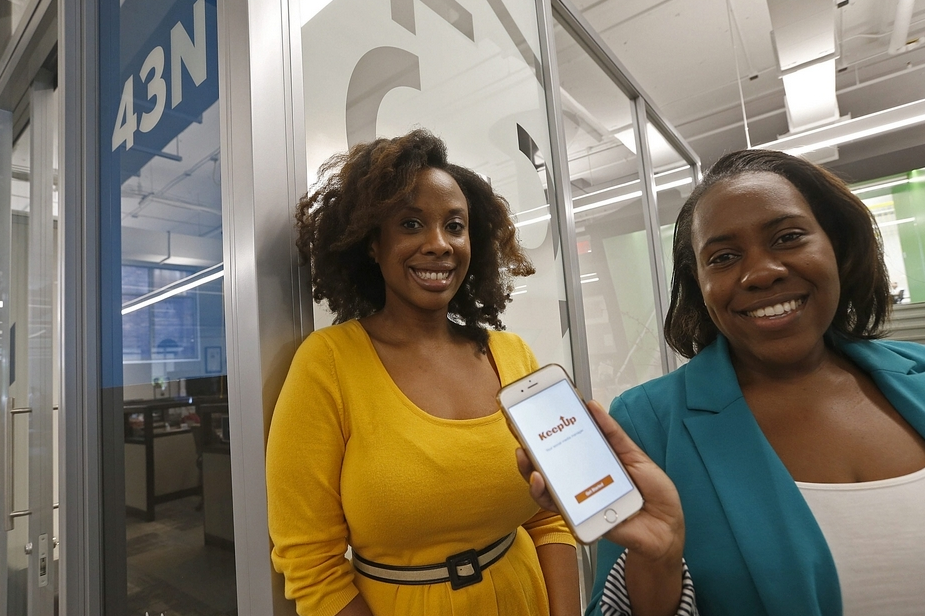 Now you can take a break from social media without fearing that you’ll miss out on important moments in your friends’ lives while you are away with the new KeepUp app.

StartUp Founders Angel Davis and Lauren Washington were both living in New York city after graduating from college when the friends found themselves chatting about some of the problems of taking a short break from social media: missing out on friends’ essential life moments while you are away.

It seems social media is THE best way to keep up with distant family and friends  so when you’re off, you miss a lot.

“KeepUp was born out of our own struggles with social media,” Davis tells TechYaya.

“As a Stanford student, I was part of the first batches of students to use Facebook. And over time, I’ve come to rely on it to stay in touch and maintain friendships. So, while I know there is value in it, it began to feel like a burdensome task to maintain. After speaking with friends about it, we realized this was a pervasive issue. So, KeepUp started with this core problem.”

There is also a challenge in maintaining numerous platforms and Washington says she took note of this dilemma while working at her previous company.

“I saw large brands and companies use enterprise social media manager solutions to parse through their accounts and scan for relevant information first-hand,” Washington said. “I thought, ‘why isn’t there an easy solution like this for consumers who sometimes have just as many followers/friends and also need help managing their social media.'”

The two took their ideas to the global business idea competition, 43North, and they became finalists, and won enough financing to launch KeepUp.

Currently, David and Washington employ and work with five others: a CTO, two developers and two interns. Their CTO  runs the development and manages the front and back end developers who do the actual coding.

Here is where Davis and Washington show that you do not necessarily need to know how to code to be a StartUp Founder.

The response to the app has been “overwhelmingly positive”, the duo tells us.

As for next steps, Davis and Washington say they are taking the feedback they’ve been getting from about 1,000 Beta testers in advance of a launch of the full app this Fall.

They plan to introduce a feature that will allow users to purchase cards and gifts directly from the app when they get a notification about a friend or loved one’s special moment.

“We are looking for our app to revolutionize society’s interaction with social media,” Davis adds. “Our app will be the daily touch point for users, letting us enjoy the fun and sometimes auxiliary aspects of our social networks at our leisure.”

Good stuff! Help in the Beta stage! Download for FREE the app at the Apple Store HERE!