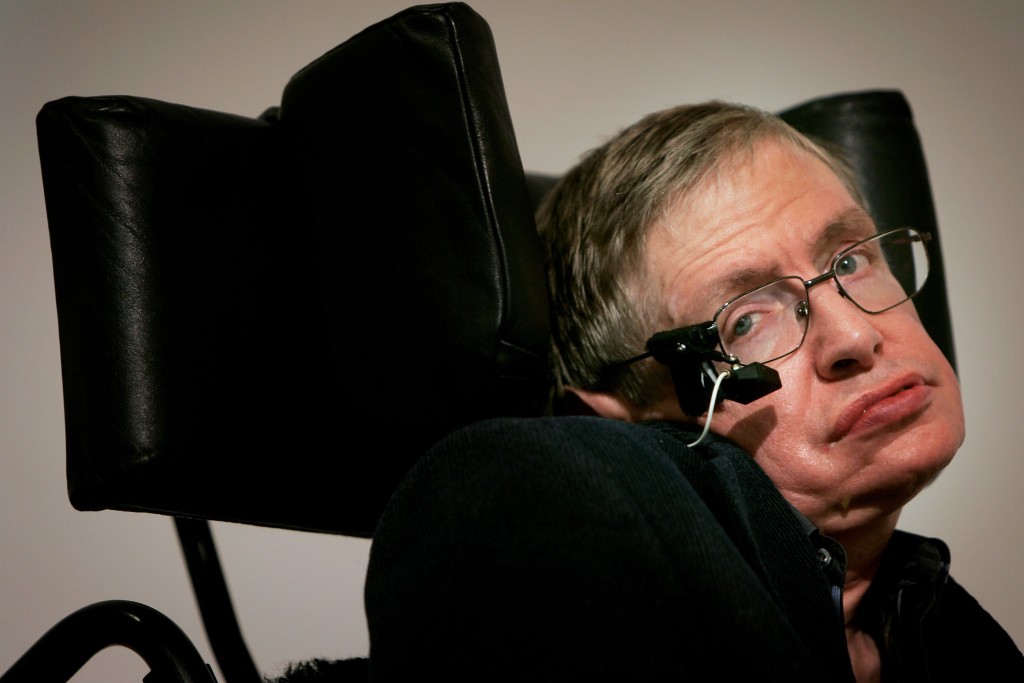 LONDON – JANUARY 17: Professor Stephen Hawking delivers his speech at the release of the ‘Bulletin of the Atomic Scientists’ on January 17, 2007 in London, Ebgland. A group of scientists assessing the dangers posed to civilisation have moved the Doomsday Clock forward two minutes closer to midnight as an indication and warning of the threats of nuclear war and climate change. (Photo by Bruno Vincent/Getty Images)

The world lost the great British scientist Stephen Hawking yesterday at age 76 and today, many are celebrating his life, work and contribution to the greater society of thinkers and change makers and everyone in between.

Hawking is probably the most recognisable and admired scientist alive today. Diagnosed with amyotrophic lateral sclerosis (ALS), a form of motor neurone disease, at age 21, he overcame debilitating illness to produce some of the most groundbreaking scientific theories in the last few centuries. Hawking’s goal had been no less than to understand the workings of the universe, devoting his life to uncovering “The Theory of Everything” — the fitting title of the 2014 Oscar-winning portrayal of his life.

Here are 11 Hawking quotes he left behind to inspire and motivate:

1. It is no good getting furious if you get stuck. What I do is keep thinking about the problem but work on something else. Sometimes it is years before I see the way forward. In the case of information loss and black holes, it was 29 years.

2. Intelligence is the ability to adapt to change.

3. I have noticed that even people who claim everything is predetermined and that we can do nothing to change it, look before they cross the road.

4. We are all different, but we share the same human spirit. Perhaps it’s human nature that we adapt and survive.

5. So next time someone complains that you have made a mistake, tell him that may be a good thing. Because without imperfection, neither you nor I would exist.

6. Try to make sense of what you see and wonder about what makes the universe exist. Be curious, and however difficult life may seem, there is always something you can do, and succeed at. It matters that you don’t just give up.

7.However difficult life may seem, there is always something you can do, and succeed at. It matters that you don’t just give up.

8. One, remember to look up at the stars and not down at your feet. Two, never give up work. Work gives you meaning and purpose, and life is empty without it. Three, if you are lucky enough to find love, remember it is there and don’t throw it away.

9. Quiet people have the loudest minds.

10. Keeping an active mind has been vital to my survival, as has been maintaining a sense of humor.

11. Some people would claim that things like love, joy and beauty belong to a different category from science and can’t be described in scientific terms, but I think they can now be explained by the theory of evolution.