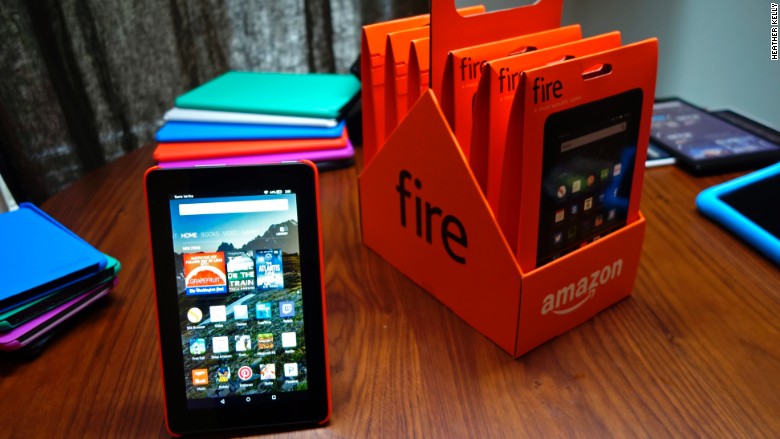 You might be among the large part of the population that haven’t purchased a tablet yet because you cannot  afford one or don’t see the need or you already have and see no need for another.

Amazon is hoping to change your mind by releasing a $50 tablet to rival the iPad which has seen a slump in sales since 2013.

The hope is that such a low price for its Fire will entice families to buy a bunch of them and leave them all over the house, as an AP article on the tablets characterized it.

Amazon sells a 6- pack of the 7 inch tablets for $250 which is less than one iPad mini which retails for $270 right now.

That’s not a bad deal for a device that will let you watch videos, read books, shop on the future and have a portable computer everywhere you go.

Amazon will recoup some costs and revenue from digital goods and merchandise and from its store and from users subscribing to its $100 per year Prime service which offers videos, music and free shipping. Also, as with its other low cost tablets, ads appear in the frame unless you pay $15 to have them removed.

It’s not going to be a crappy tablet either, Amazon promises, because we’ve seen plenty of crappy tablets out there.

There will be a decent processor, good color saturation and a seven-hour battery. A more durable version for kids will have a blue or pink bumper and a 2 year replacement warranty for $100.

Just in time for Christmas. These are so cheap, you can give these out to all your nieces and God kids.