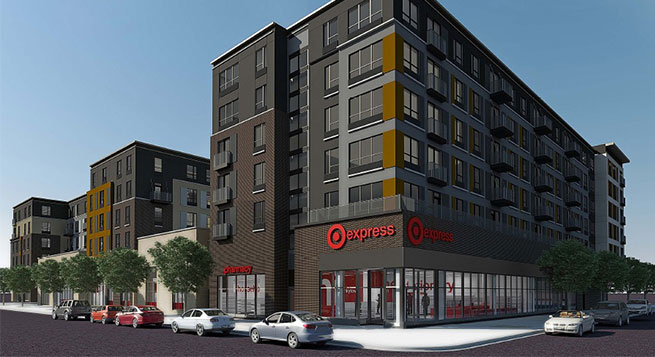 The Washington DC area is the next region to get the new Target Express stores, Bizjournal reports.

And just in time!

You know there have been moments you wanted to grab a quick grocery item that would likely cost less at Target than your local grocery store, but the idea of navigating deep aisles and standing in long lines turned you off.

Target is responding to the urban dweller with its Target Express stores.  Last summer, in its Minneapolis, Minnesota headquarters, Target tested out the model of 20 to 30K square feet stores compared to the average Target store which is 135,000 square feet.

In a blog post on the company’s website last July, it wrote that the Target Express in Minneapolis near the University of Minnesota campus, its smallest location ever, served “students and urban guests living in nearby neighborhoods.”

Target’s executive vice president for Property Development John Griffith described the experiment as “an exciting opportunity to test and learn as we continue exploring new ways to meet our guests’ needs and exceed their expectations.”

It’s great that big box stores are trying to be competitive and offer services to city and urban residents though it may not be good news for the smaller independent shops that had previously been serving those areas. It could drive prices down or small shops out of business.

Time will tell. What do you think?