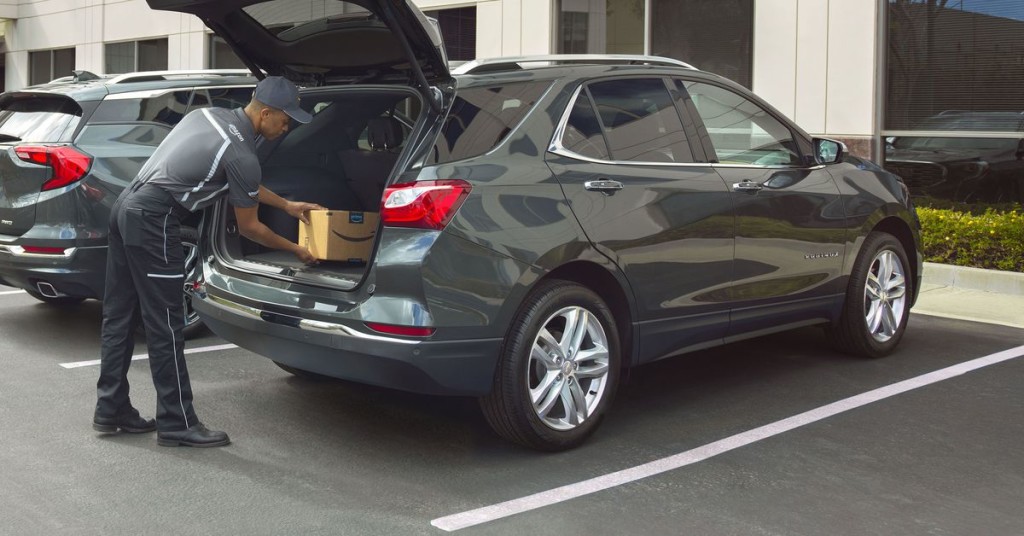 Last year, Amazon asked for permission to unlock your front door so it could leave packages inside your home, and a certain number of extremely trusting Amazon Prime subscribers (Amazon won’t say how many) said okay. Now, the tech giant wants to do the same thing with your car.

Amazon announced today a new service that gives its couriers access to a person’s vehicle for the purpose of leaving package deliveries inside. But rather than use smart locks and a cloud-connected camera to gain entry, Amazon wants to use the connected technologies embedded in many modern vehicles today. The company is launching this new service in partnership with two major automakers — General Motors and Volvo — and will be rolling out in 37 cities in the US starting today.

“We were really happy with the response to in-home delivery,” Peter Larsen, vice president of delivery technology at Amazon, told The Verge. “What we wanted to do — and it was part of the plan all along — is how we take that beyond the home.”

Amazon has been beta testing the new service in California and Washington state for the past six months. In a video by Amazon, a woman said she likes getting diapers delivered to her car because it meant her toddlers could nap without being disturbed by the doorbell. Another woman used it to have a few birthday presents delivered to the trunk of her car so as not to tip off her daughter.