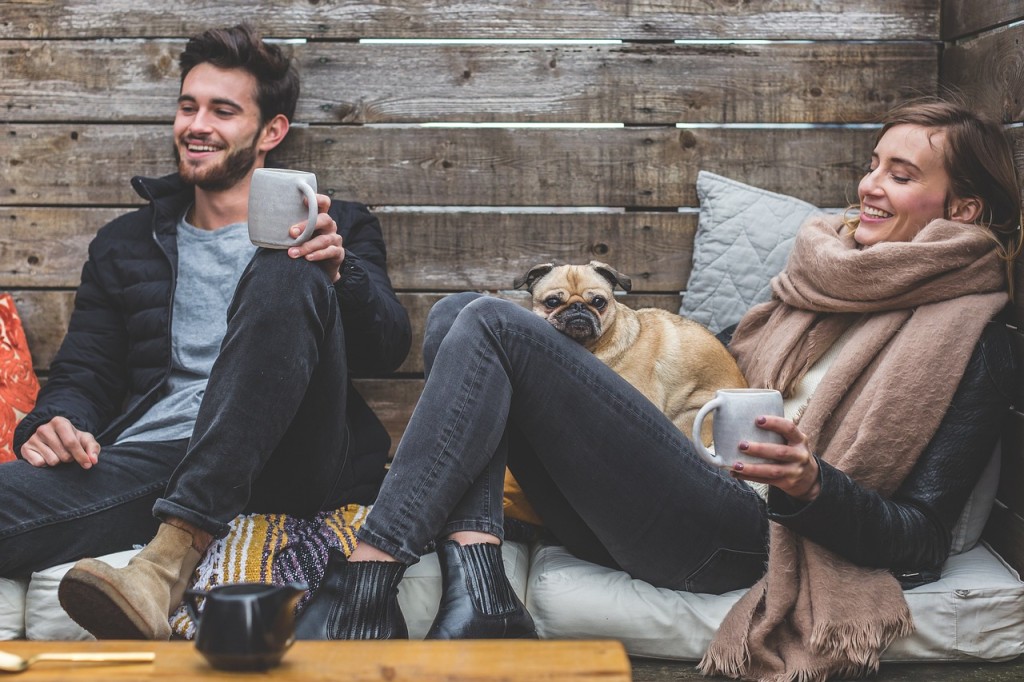 I was in Berlin a while ago, where I met one of Germany’s most successful female business executives. She is 42, single and excels in her line of work. It was recommended by a friend that she join an online dating site if she wanted to find a suitable partner. She proceeded to a site and meticulously answered all the questions that the site required such as age, job, salary level, and uploaded a photo and yes, she is very good looking.

The days went by, and she received less than a handful of responses in four weeks!

She found the situation peculiar and decided to test whether the few responses had anything to do with her job/profile.

She decided to change the text of her profile. Instead of presenting herself as an executive of a corporation, she wrote that she was a teacher and dramatically reduced her salary level by up to 1/10 of her actual salary. She did not change her profile image, and in one day she received more than 40 responses from potential suitors.

What does this say about women, power, and men?

An American study dated back in 2006 shows that many men do not want to spend their lives in a competitive relationship. Therefore, you can say that it is an emotional, not a rational, decision when men choose not to be with a more success woman. So perhaps, it may have been her job that scared men off?

According to many men, successful women are charismatic, and they love to be around them, but they do not want these types of women to be their wives. Therefore, do men prefer passive women with bird brains? This same study indicates that, “female intelligence might be threatening for heterosexual men sizing up a prospective partner”.

A while ago, I was fortunate to be invited to a Fortune Most Powerful Women dinner in England. Almost 200 women attended the dinner—women whom you would most likely read about in Time and Fortune magazines. An unequaled wealth of knowledge and inspiration filled the room that evening.

Many of these women had so much edge, competence, and capital that they didn’t feel as though they needed men. Let me make it clear that many where in relationship with a man, but they sure didn’t “need” one. This had me thinking have successful women realized that men are backing out, and as a result, decided to move forward with their success along? If so, then, have successful women decide to move forward without men?

The current economic empowerment of women across the world is one of the most incredible revolutions of the past 50 to 60 years. It is extraordinary because of the level of change it has caused in the traditional household: millions of people who were once reliant on men have taken control of their own economic fates. As a result, many women are now claiming that “they don’t need/want men.” The number of single women turning to sperm donors to conceive a baby has risen. About 172,000 women per year in the United States use sperm in artificial insemination, a procedure with approximately a 38 percent success rate to have children, without men. What does it mean for a society when men and women no longer need one another to have children? Many critics say this trend could pose a threat to our society and welfare system. So, is it the men who choose to do without the women? Or is it the women who decide to do without the men?

The other day, I was in Sweden with one of the very few female top executives of big listed corporations. She is British, beautiful and brilliant. She is also married and a mother of twins. We sat there with a glass of wine and took a rest after a hectic day. We had, among other things, spent the evening in the company of some of Sweden’s most progressive business women. We were wondering at the fact that although many were married, many more were single or divorced. But what they all did have in common was that they were, successful, intelligent and beautiful. I decided to figure out the reason for this.

During the last eight weeks, I have gathered material from and conducted short interviews with women from various places in Europe. Which later inspired my book “Busy Moms.” I held a meeting with one of the most talented female executives in Denmark’s financial sector. She was the last participant in my round of interviews. So here is my conclusion, which I hope you will look into more deeply.

Are women progressing at a faster rate than men?

In the olden days, the man provided for his family, while the woman’s role was to stay at home and take care of the kids. Most often, the woman did not receive any further education aside from basic school, and therefore, there was no basis for women to enter the job market. Fortunately, this has changed over time. If the current trends continue, the traditional family structure will turn upside down, and the typical family will look quite different from what we are used to seeing. Today, more girls than boys take further education. If this development continues, the man in the family will be far less successful, while woman will hold more managerial positions or become lawyers, doctors, and business owners. And what consequences will that have on our family structures and the future job market?

What do you think is the reason for these trends? Do you think that the fact that more and more women have higher education than men will lead to a real problem in your country? Do you have some experiences you would like to share? Are men weak? Are women foolish for focusing so much on their careers? Or is the reason something completely different? Regardless, this is as become an issue worth having a debate over.

About: Soulaima Gourani is a lecturer, corporate advisor, and author. Soulaima was born in Safi, Morocco, in 1975 but moved to Denmark shortly after with her parents. Her father was a Moroccan engineer while her Danish mother is unskilled. Gourani grew up in different small towns in Jutland where she struggled to fit in as she was the only one with an exotic name and a darker skin color. She was told by her teachers that she shouldn’t expect to achieve much in life because of her gender, skin color, and name. She decided to move out at the age of 13. Later she chose to take an MBA at Copenhagen Business School. In 2007 she was fired while pregnant and had to consider how to make a living. She decided to set up her own business, Soulaima Art, which offers lectures and counseling. She is the author of three books; “Ignite your career,” “Take control of your career,” and “Courage to success.” One2Speak elected Gourani to be one of the best Danish keynote speakers in 2010.  In 2012 she was announced as one of the Young Global Leaders by World Economic Forum and later that year named to be the chairwoman of the nonprofit organization Global Dignity.  In 2013 she was announced as one of the greatest thinkers in the Nordic by Nordic Business Forum. And in 2014 chosen as one of the “40 under 40” European young leaders. She was elected as a TED mentor in 2016 and was later that same year announced as one of the “Inspiring 50 Nordics” women in the tech sector. She lives in Austin, Texas, with her husband and their two kids.