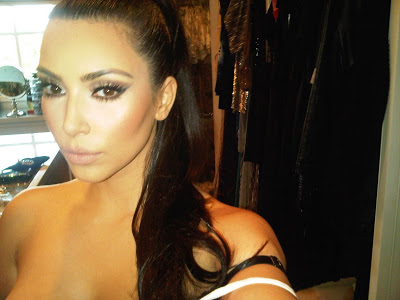 Ever notice how every now and then a celebrity would mention a random product in its social media update, including mention their usage and endorsement of said product? It usually doesn’t necessarily seem to flow with their normal Twitter personality. We do.
And you shouldn’t be surprised also to learn that celebrities with major following also get paid to tweet.

It noted that Kim Kardashian got  paid $10,000 from companies like Shoedazzle.com to send out a single tweet.

A company called Ad.Ly is the biggest player in the game, the Vulture blog notes.
The pay rate for endorsing companies like Old Navy, Toyota, Best Buy, and American Airlines is determined by the size of a celeb’s following and how that group responds to his tweets with shares and retweets, it writes.
“Consumers react positively to organic authentic messaging,” Ad.ly CEO Arnie Gullov-Singh told the site of the fact that the celeb sponsored tweets are written by ghost writers whose job it is to broadcast a celebrity’s voice in 140 characters.
Other companies that broker and sell sponsored celeb tweets include SponsoredTweets.com, Buy Sell Adsand Paypertweet.com.
In the interest of full disclosure and to protect consumers, the Federal Trade Guidelines requires celebrities and any person with influence, for that matter, to disclose to their followers that they are being paid for a prduct endorsement.
You can find a summation about the guidelines HERE.
But given that the FTC doesn’t have the staff to police and enforce the policy, many omit the disclosure, and the brands whose products they are promoting do nothing to correct it.
Interesting… We’re not snitching tho.