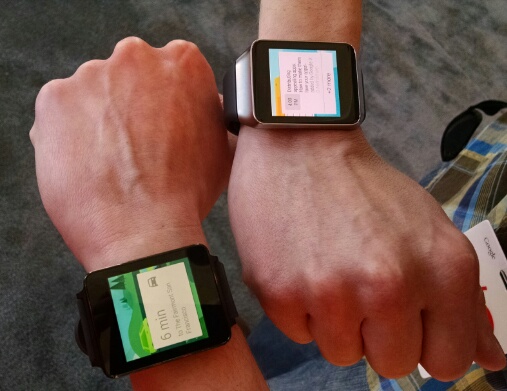 Just when we thought watches were going out of fashion as more people relied on their smartphones to give them the time, Samsung and LG have come in to mix all that up and both plan to ship the first round of wearable smart watches this week.

Apple had teased consumers about its upcoming release of the iWatch for a few years now, but Google beat them to the market. Samsung’s  $199 Gear Live runs on Android Wear, Google’s new operating system for wearables. The watch is voice activated and can send email messages and perform voice-activated functions.

Meanwhile, the new LG G Watch sells for $229 and also on the Android Wear platform.  Both wearables operate with Qualcomm processors and ARM Holdings technology embedded within them.

The jury is still out whether they will take off although tech industry analysts at IDC estimate that over 19 million wearables will ship this year which is triple the number shipped last year. That number will grow to around 112 million by 2018, IDC predicts.