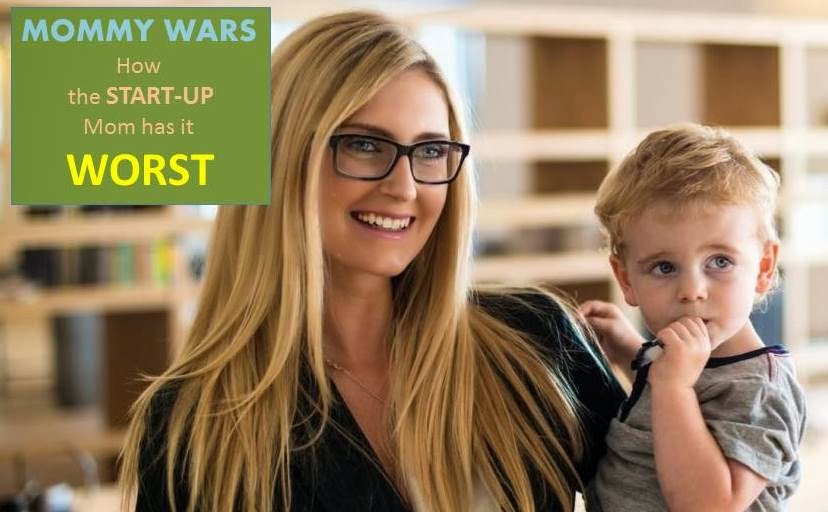 “Many mothers find it difficult to raise a family and try to run a business because both the children and the business take a lot of time all by themselves,” an article on the Top 3 Reasons Mothers don’t Start Up in ParentStartups.com states. Another New York Times piece and another  recent article talked about how Venture Capitalist discriminate against mothers.

From that NYT piece:

“[M]uch of the investment world, heavily dominated by men, remains skeptical about a woman’s ability to combine running a fast-growing tech start-up and motherhood, Ms. Gugnani says. She raised $3 million from investors before becoming pregnant.

“All of the women I know who went to raise money did it when they didn’t have kids,” she says. “There is total discrimination in the start-up world against women who are pregnant.”

Making pregnancy and motherhood a focal point of the investment process is an outdated way of thinking, she adds.

Female entrepreneurs are less numerous and raise less money than their male counterparts. Women make up 10 percent of the founders at high-growth tech companies, “and they raise 70 percent less money than men do because of their lack of access to capital,” says Lesa Mitchell of the Ewing Marion Kauffman Foundation, where she is vice president for initiatives on advancing innovation.”

And so, the “Start-up mom” joins the Mommy Wars.

Moms are opinionated and each one believes her method or solution is tops. Of course, to each its own but that doesn’t stop those who have hard-fast thoughts on one thing from speaking up and trying to convince others this. They will not be silenced. They may bully others into their perspective.

Another mommy battle is the battle between Stay-at-Home (SAHM) versus Work-at-home (WAHM) versus Working Moms. Working moms often feel SAHM guilt trip them over spending less time with their children. Meanwhile, SAHMs say they feel belittled by Working Moms who assume they do nothing all day but eat bonbons while their kids are at school. Working Moms say SAHMs are privileged enough to not have to work yet judge those harshly who do. Work-at-home moms say they have the best and worst of each scenario.

Now that the Start Up mom has been brought into the picture, as a work-at home Start up mom, I proffer that the Start-up or Entrepreneurial mom has it THE HARDEST.

Yeah, we have it the hardest!

What do you think? Is it hardest for you start up moms out there? Does it not matter and if so why? Weigh in!

This is a repost from BellyitchBlog.com

Author and Founder of the blog, Jeneba Jalloh (“JJ”)  Ghatt is a tech and communications attorney, owner of Ghatt Media, who has founded several start up ventures and yet is still chasing “The Dream”.  As a 20+ year communications industry vet, she mentors, lectures about, and advocates on behalf of small businesses, minority and women-owned companies. She considers herself a social media butterfly with her ubiquitous online presence  and has been active on the web since its earliest days when she created online content for one of the first websites in history at the University of Maryland Office of Technology in 1992.  She later earned a prestigious position as  the senior lead articles editor at her law school’s communications scholarly journal.  Since foundering her own law firm, after being a telcom regulator for the  DC government, her work and firm were behind the largest fine in FCC history imposed on a broadcaster for failing to abide by the children’s television rules. She has argued on behalf of enterprising and up and coming small and minority-owned wireless companies at the US Supreme Court.  She was one of the only 22 bloggers to attend the first and only White House Black Bloggers Summit attended briefly by President Barack Obama.