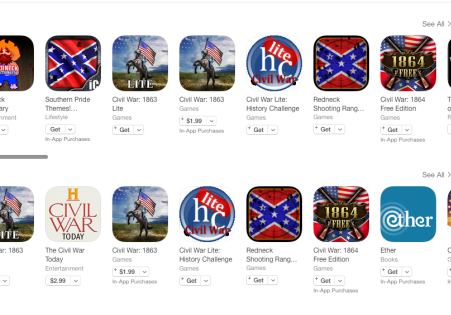 Apple joins a growing list of tech and online companies that are ditching the Confederate flag.

It announced in a statement today that it will remove apps, “that use the Confederate flag in offensive or mean-spirited ways, which is in violation of our guidelines.”

It will not remove apps that depict the flag in educational or historical contexts are not being removed.  The company says it will work with apps that use the flag not in a mean or derogatory manner.

Days earlier,  Apple’s CEO Tim Cook tweeted out a call for people to honor the victims of the Charleston, South Carolina Emanuel A.M.E. church shooting by eradicating racism and the symbols that feed it.

This week, other Tech companies like Etsy, Amazon and eBay announced plans to pull the flag from merchandise on shelves and websites. Google blocked digital ads featuring the flag.