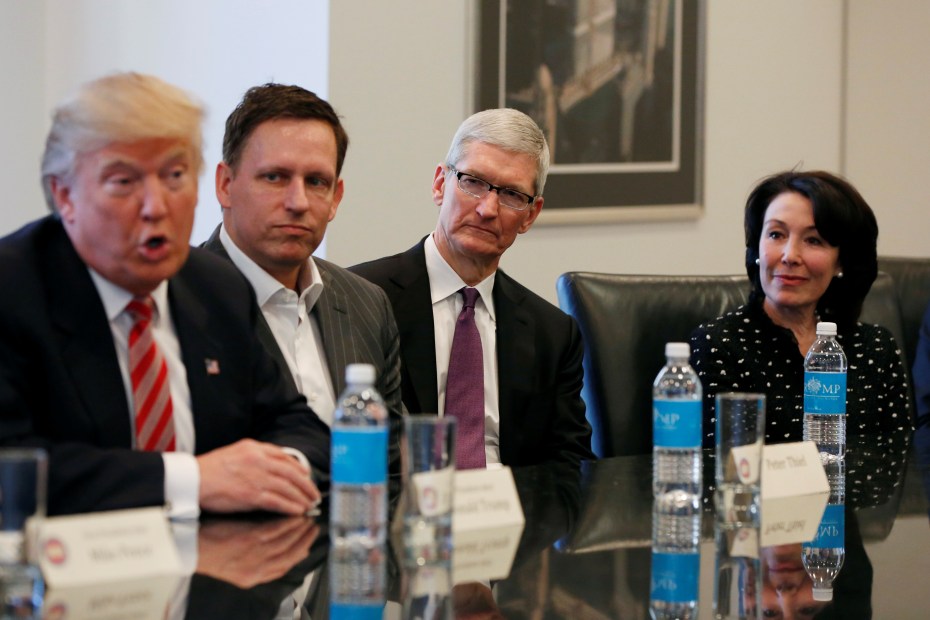 Who is next on the hit agenda of the most vindictive presidential administration in history: the Tech Industry.

Donald J. Trump is 10 days into his presidency and is executing policy by bullying opponents, strong-arming resistant allies and subverting law and Democracy.

And his administration may be eyeing the tech industry to reign it into its policy dominion the best way it knows how: by  cutting off its supply to talent.

Trump adviser Steve Bannon, who previously served as executive chairman of Breitbart News, has suggested in conversation with Trump that Silicon Valley has too many Asian C.E.O.s and that international students in the U.S. should go back to where they came from.

Given that Bannon is Trump’s top aid, he could easily issue an executive order limiting the H1-B, L-1, E-2 and B1 visa programs which the tech community rely on to pool talent from abroad.  But the business man wouldn’t need much prodding anyway. Last year, Trump vowed to “end forever the use of the H1-B as a cheap labor program,” and “institute an absolute requirement to hire American workers first for every visa and immigration program.”

And by now, we all know he makes good on his promises, whether you like them or not.

Then there are the personal vendettas.

Amazon‘s CEO Jeff Bezos owns The Washington Post which  has routinely gone toe-to-toe with Trump.  In retaliation, the businessman could ask his Justice Department to launch anti-trust investigations into Amazon which is dominant in the eCommerce market.

Doing so would be purely vendetta-based given that the Republican party usually fights for loosening of regulations, trade and merger restrictions which are implemented during Democratic rule.

When you think about how extremely liberal the President was in the past and his inconsistent behavior, he has no true loyalty to anyone  or thing but himself.

Trump’s pettiness has no ceiling or floor.

For example, Twitter was left out of a high level meeting of tech executives last December before Trump was sworn in because Twitter killed the #CrookedHillary emoji. Really?

For a person who got only 25% of the vote of the total electorate and certainly doesn’t have anything close to a mandate, Donald J. Trump is sure acting like he is leading a monarchy, like there aren’t other branches of government and we do not operate in a Bid D, Democracy.

But then again, when House GOP staffers are going behind their bosses back to help the Trump team draft an illegal immigration ban, DJT looks to be owning establishment Republicans like Senate majority leader Mitch McConnell and Speaker Paul Ryan too.

He gets to pick the next U.S. Supreme Court Justice also which could tip the balance in favor of conservative jusitces 4-5, if confirmed, so it looks like Trump is running through our system of checks and balances and federalism.

The Founding Fathers should  be rolling in their graves by now.

It will be interesting to see how this all pans out.